10 THING YOU MAY NOT KNOW ABOUT CHRIST

Posted on July 22, 2019 by thecenterforcontemplativepractice 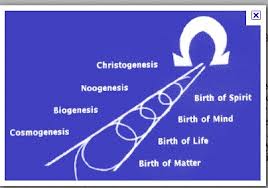 10. Christ is the fulfillment of Adam and Eve, Moses, David, and the Prophets in the Old Testament and is the Messiah, one not only to save Israel from itself, but also all of us. Praise be God the Father, and the Son and the Holy Spirit, both now and forever. The God who is, who was, and who is to come at the end of the Ages. Amen and Amen. –Cistercian doxology

← LISTEN WITH THE EAR OF THE HEART
MERCY AND CONTEMPLATION →