FORGIVE THOSE WHO HURT YOU

Posted on March 22, 2019 by thecenterforcontemplativepractice 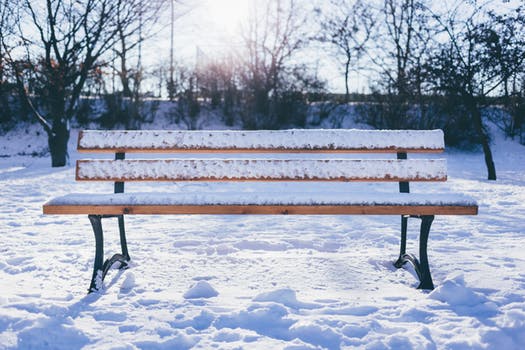 Several years ago, at Evansville, Indiana, a couple came up to me and told me that they were sorry but were changing their membership to another Religion because they observed the Church was too corrupt. I thanked them for their attendance and gave them a blessing. “Before you go,” I said, “tell me where you are going that is free from corruption and sin. I want to join that Church with you.” They did not respond to my question but sheepishly walked away. There was evidently a lot more going on that what they were telling me.

If you think Jesus did us a favor by establishing the Church, think again. He handed the keys of the kingdom to people who had a difficult time to determine who was right, who had authority, whose Gospel was the best, which Apostle was the best. Things haven’t changed much from those first decades after Christ’s death. The Church is Holy, not because any of its members are holy, but because Christ, the head of the Body is Holy.

Here is a writing from St. Polycarp on some of the shenanigans going on in the very early Church as read in the Office of Readings for October 3, 2018.

Second reading
From a letter to the Philippians by Saint Polycarp, bishop and martyr
Let us run our race in faith and righteousness

I ask you all to respond to the call of righteousness and to practice boundless patience. Your own eyes have seen it not only in blessed Ignatius, Zosimus and Rufus, but in others from among you as well, to say nothing of Paul and the other apostles. Be assured that all these men did not run their race in vain. No, they ran it in faith and in righteousness and are now with the Lord in the place that they have earned, even as they were once with him in suffering. Their love was not for this present world;rather, it was for him who died for our sakes and, on account of us, was raised up again by God.

Be steadfast, then, and follow the Lord’s example, strong and unshaken in faith, loving the community as you love one another. United in the truth, show the Lord’s own gentleness in your dealings with one another, and look down on no one. If you can do good, do not put it off, because almsgiving frees one from death. Be subject to one another, and make sure that your behavior among the pagans is beyond reproach. Thus you will be praised for the good you have done, and the Lord will not be blasphemed because of you. But woe to that man on whose account the Lord’s name is blasphemed. Therefore, teach everyone to live soberly, just as you live yourselves.

I am greatly saddened on account of Valens who at one time was presbyter among you; he does not understand the position to which he was called. So I urge all of you to be chaste and honest, to avoid avarice and to refrain from every form of evil. If a man cannot control himself in these ways, how can he teach someone else to do so? If he does not avoid greed, he will be defiled by idolatrous practices and will be reckoned as one of the pagans who know nothing of the Lord’s judgment. Or, as Paul teaches: Do we not know that the holy ones will judge the world?

However, I have never seen of heard of anything of that sort among you, for whom blessed Paul labored and whom he commends at the beginning of his letter. For he boasted about you in all the churches which at that time were the only ones that had come to know God – we ourselves had not yet come to that knowledge.

Brothers, I am deeply sorry for Valens and for his wife; may the Lord grant them true repentance. As for yourselves, be self-controlled in this respect. Do not look upon such people as enemies, but invite them back as frail members who have gone astray, so that the entire body of which you are a part will be saved. In doing this you are contributing to your own spiritual development. (emphases mine)

St. Polycarp (died in 155 AD) is said to have written this sometime around 120-140 AD.  Even in the very early formation of the Church, there are those who betray the community. They say one thing but do another. Valens was a married priest who fell out of grace. St. Polycarp bids us to forgive them and invite them back so that the entire body, of which you are a part, will be saved. Sadly, our own Church does not welcome back sinners with the love that seemed to come from Christ through His Church. We need to do a better job of reconciliation rather than casting out others who have harmed us. We should not condone sin but we also should not condone pride. It is a mark of Holiness in the Church that we can forgive all those who suffer from the effects of sin, perpetrators, victims, the Church Universal. Forgiveness does not mean we condone evil or say it is okay. It does mean we will never forget those marks against our dignity, self-worth, and faith, but that we have moved on facing Christ rather than the past. Easy? Never. It is what makes us holy.

In this Season of Lent, the Liturgy turns our thoughts towards penance for past sins, reconciliation with those who have harmed us and forgiveness others as Christ has mercy on us. Chapter 49 of the Rule of St. Benedict begins by saying that, for monks, Lent lasts all year. When we do deny ourselves of creature comforts for a higher purpose, we transform the NOW into something more meaningful, especially if we do it in the name of Christ.

That in all things, may God be glorified. –St. Benedict