A TALE OF NO

Posted on September 11, 2018 by thecenterforcontemplativepractice 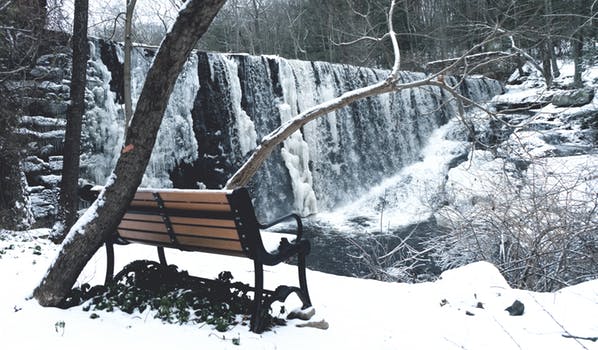 Here is what I can remember of a Lectio Divina (Phil2:5) I had a few months ago. Things tend to fade for me as I reach the North side of 77 years old. This is what I do remember. I was thinking of the nature of God (limited as I am with human intelligence) when I asked myself the question, “Does God ever say ‘No'”?  Sounds like an odd question, don’t you think? As I spent more time in my meditation trying to focus on Phil 2:5,  the more I had a creeping thought. You know, creeping thoughts are those that you push out of your mind but then they creep back into your thought process somehow.  This was related to God saying “Yes” not “No”. Here is the story as I remember it.

Once upon a time, there was a middle-aged couple who were approaching retirement somewhat reluctantly, because they feared what it would be like to live with each other continuously, every day.  Life was good. They both worked and had plenty of money in the bank and checking account. Their two children were grown and had flown the nest some fifteen years ago. Their purpose in life, which popped up in nearly every conversation, was centered about what they would do after retirement.

They each had a bucket list of things “to do”.  You know the usual wishes, travel to all the States, expecially Alaska, the one place they both wanted to explore, buying a motor home and casting their cares to the winds, joining the Lay Cistecians at Our Lady of the Holy Spirit Monastery in Conyers, Ga, (www.trappist.net/lay-cistercians), devoting more time to prayer and contemplation at their local parish community, Good Shepherd, in Tallahassee, Florida. (https://goodshepherdparish.org), fixing up the back deck which was rotting out before someone fell through and hurt themselves. Noble aspirations all of them. But, like all good fairey tales, there is drama.

Both the husband and the wife had essentially gone their own way, sometimes by choice and most of the time because that was just the way things fell out. As they approached the prospect of being alone together for the first time, without the distractions of work, children, church, associations, they began to look at each other and how well they fit. What they discovered was beginning to be frightening.

Each person was talented in their own way. The wife was off the scale artistic and generous with others to a fault. He was much older than she was and had essentially already retired in his mind (and with doing some of the chores around the house), having had cardiac arrest in 2007 and Non-Hodgkins Lymfoma in 2914 (remission). He complained of always being tired and exhausted (he was over 77 yoa) and she complained of him that he was just being lazy. The truth was probably buried somewhere is the midst of their wrangling.

The marriage convenant is what it is for each couple. Even with a no-oriented relationship, it is possible to find love, dark love.

Christ is a yes person. He was not a no person but chose to live in a no world because he wanted us to be with Him forever and claim our inheritance. You can only claim your inheritance with a yes.

We live in a no world, often just called the World as opposed to the Spirit. When we say no to God’s will, when we say no to loving others as Christ loved us, when we say yes to our being god but no to God being God, we make choices, actually the same choice that Adam and Eve made in that archetypal selection of the tree of the knowledge of good and evil.

Lay Cistercian spirituality helps me to focus on humility, accepting who I am in the sight of God, learning to listen to what God has to tell me in silence and solitude, and having in me the mind of Christ Jesus (Phil 2:5) as best I can.

Mary, our Mother, was a yes person living in a no world.

Jesus, our Brother, was a yes person who made himself no to help us become a yes.

I am a person who is in process of becoming a yes person. Cistercian spirituality provides me with the tools of good works in Chapter 4 of the Rule of St. Benedict with which I can try to become what I read, with God’s grace.

Praise to the Father and to the Son and to the Holy Spirit, now and forever. The God who is, who was, and who will be at the end of the ages. Amen and Amen.  –Cistercian doxology

← LECTIO DIVINA: DON’T KICK THE HABIT
BOOKS AND PEOPLE WHO HAVE INFLUENCED MY THINKING →