WHAT STEPHEN HAWKING TAUGHT ME ABOUT REALITY

Posted on March 21, 2018 by thecenterforcontemplativepractice 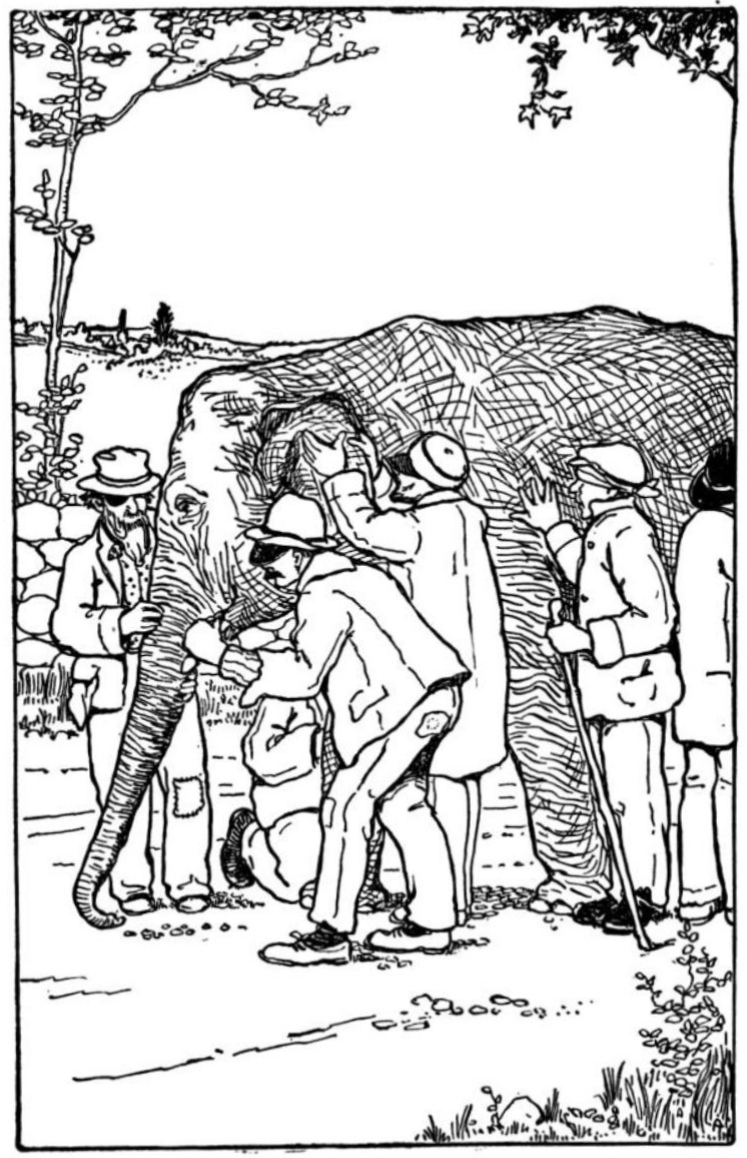 There are only six or seven thinkers who have provided me with systems of reasoning that shape who I am today. In this sense, I assimilate different philosophies, patterns of comparitive religion, trends at looking at what makes up total reality, all forming my view of what is real. One of these great men is the late Stephen Hawking. I am in awe of his mental capacity and his views about reality, based on his scientific approach.  He has shaped my thinking about the scope of what reality is. Here are excepts about my thinking, influenced by his Brief History of Time.  My conclusions, as you will see, are not consistent with his thinking about God.

The following ideas are excerpted from my book, The Three Rules of the Spiritual Universe. You can access this book in the Store part of this blog. In my Lectio Divina/Meditations/Contemplations, I was presented with these three ideas about the spiritual universe.  They are big picture themes of the Spiritual Universe, not rules to limit inquiry or innovation. You may have more rules, these are the ones I use.

TO DISCOVER THE KINGDOM OF HEAVEN, YOU MUST USE THE RULE OF THREES

RULE ONE: THE RULE OF THREES

There is only one reality containing three separate universes. God only
speaks spiritually, not in English.

RULE TWO: THE RULE OF REVOLVING CENTERS
Humans default to their animal nature without mental and spiritual help.

THE THREE RULES OF THE SPIRITUAL UNIVERSE

1. THE RULE OF THREES  Humans have reason for a reason. The purpose of life is to look at every day with fresh eyes, even if they are sleepy. Those who are spiritual see with three universes, the physical sight, mental enlightenment, and spiritual wisdom. All truth is one, but with three layers or universes, each quite distinct.
2. THE RULE OF REVOLVING CENTERS
Humans are spiritual animals, but animals nevertheless. While in the physical universe, there is a constant battle between the spirit and the flesh. It is only with spiritual
energy from God that humans can consistently and persistently keep their centers intact. To aid humans, the Master gives us help, both individually and collectively.
3. THE RULE OF OPPOSITES What may seem true in the physical universe is just the opposite in the spiritual universe. When you are weak, then you are strong.
If you wish to be a leader, you must serve all. If you wish to get to Heaven, you must be as a little child. With this rule, you learn to speak spiritually.

THOUGHT: TO DISCOVER THE KINGDOM OF HEAVEN, YOU MUST USE ALL THREE RULES

You are capable of living in three realities or universes simultaneously. Think about that statement. If you are human, you automatically live in two universes. Some of us never progress to the third universe, the spiritual plane of existence.

1. The physical universe — all matter, all chemical elements, all physics, all that lives
belong to this universe. On this level, humans are just a species of animal.

3. The spiritual universe — this is the Kingdom of Heaven where all dreams do come true. God has invited us to share this universe with him. What a deal! This universe begins when you put God at your center. The only way to enter this universe is by a free use of your will. Humans are spiritual apes, only capable of fulfilling their destiny with God’s help.

CONSIDER THIS IDEA VERY CAREFULLY!
How many universes can you live in at the same time?

You are born into the first reality, that of the physical universe. All matter lives in this universe. Humans alone have evolved into the next universe or mental reality.
We evolved, learned, and gradually discovered meaning. The third universe is strictly voluntary. It is the reality of the Spirit. You can’t measure it. That does not mean it can not be measured. It is the universe of faith informed by reason. Our challenge, as humans, is to integrate these three realities as one, in order to make it through the threshold of death into Heaven. Some of us believe this to be true, while others do not. Life is a discovery of what is meaningful. Humans use their minds to soak up reality
and try to make sense out of it. Spirituality is a way to put value and meaning in the proper perspective. Each universe is given to us to solve the mystery of our destiny.
These three universes are three parts of the grand mystery. Humans must figure out this mystery in order to move on to their final destination. It is the ultimate Monopoly
game. In this game, we learn what to hold onto and what to sell. Our purpose is to gather as many riches as possible. We are made for Heaven, not earth. We are made for Forever, not just for eighty years or so. Play to win!

YOU WON’T NOTICE THREE UNIVERSES BECAUSE THEY HAPPEN SIMULTANEOUSLY

1. Not everyone believes in three universes. Most of us just ignore the signs God gives us.
Some become bored and fall away from their core principles.
2. The Scientific reality is what you can measure. Is it correct? Of course, it is.
3. Philosophical reality is reason. The mind deduces what is not logical, what is visible and invisible. Is it correct? Of course, it is.
4. Spiritual reality uses belief in a reality that is not seen. Is it correct? Of course, it is.
5. So, how can all three levels of reality be correct? They are each looking at one part of
reality and not the whole. Reality is one yet has three dimensions or universes. The three are one. The one is three.
7. The ultimate challenge in life is to know your purpose. That purpose is somehow bound up with three dimensions or universes.

3=1 is the formula to Forever.

Astronomers tell us that dark matter may make up most of the known universe. We can’t see it, but we think it exists. See the website: http://astron.berkeley.edu/~mwhite/
darkmatter/dm.html Dark matter has faint mass.  What we don’t know about the universe is more than we know. The same can be said about the interface between the physical universe and spirituality. The physical universe is evolving, but so is the interface between the mental universe, and that of the spiritual universe. Humans are slowly growing towards the collective purpose for which they evolved if they don’t kill each other first. Darwin was correct to notice the evolution of the species. His problem was that he just did not look far enough. We have the physical universe to thank for the condition that allows us to live at all. We have the mental universe to thank for the condition that allows us to wonder and learn from our collective wisdom. We have the spiritual universe to thank for answering the questions of why we are here, and the direction of our destiny. The authors of Genesis were not scientists but rather storey tellers and poets, marveling at the order of all that they saw. Darwin was only looking at the physical universe with the power of the science of his time. You are able to look at all three universes and seek the purpose of why you are here. Some of us only see two universes.

HERE ARE SOME LEARNING POINTS

How does the late Stephen Hawking influence my thinking, when he is an avowed atheist? First of all, I don’t like labels. I prefer to think of him with affection and great esteem for the work he did in cosmology and physics. What he said was absolutely correct. Where I differ with him is his notion of what constitutes reality.  I set forth my three rules of the spiritual universe because I want to show that reality is more than just matter, energy, time, gasses and deterioration. It moves forward not backwards. It is composed of physical universe, mental universe, but also the spiritual universe. Dr. Hawking was correct in what he said, using the knowledge he had, but did not see the whole of reality, that of the invisible universe.  I am not talking about Dark Matter, which scientists say we cannot see but think it is there. I means a whole complete universe where God lives. We don’t even have a good way of talking about it. Christ came to SHOW us how to get there. Stephen Hawking saw, but he did not or could not see all of reality because of his assumptions, i.e., that what is real is what we can measure.

Love is the most powerful energy in the universe (three universes, that is), yet you won’t see it or measure it with the tools of only the physical and mental universes. Christ came to fulfill in us that which was lacking and that was a way to “see” God through Him. No one can “see” God. The pure energy of God would fry your neurons and you would not only be blind but die.  What Stephen Hawking did for me was to do what he does better than anyone, to look at what is and ask why. The fact that he did not see the whole of reality gives me hope that what Christ taught us was so true. “I am the Way, the Truth, and the Life.”  I hope to meet Stephen Hawking in Heaven and chat with him about what he has learned since going there.  I thank him for his contribution to reality and honor him for his insights into the totality of what is. He is one of our best minds.

May his soul, and the souls of all the faithful departed, through the mercy of Christ, rest in peace. Amen

← THREE WISHES
LOCKED FROM THE INSIDE →

Read More From Our Archives