REFLECTIONS ON THE SPIRITUAL UNIVERSE

Posted on August 5, 2017 by thecenterforcontemplativepractice 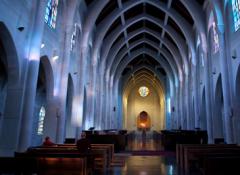 The following reflections come from one of my Lectio Divina Contemplations.

Have you ever heard of the phenomenon about pole reversal, which states that our North and South poles have sifted over the billions of years earth has been here?  How this came to me, when I was in the midst of a Lectio Divina contemplation on Phil 2:5 is a mystery, but there it was. I looked it up on Google,

My assumption is: when you enter the spiritual universe (voluntarily, of course) there are two sets of meaning. That of the world (everyday activities) and that of the spiritual universe. Another way to put that is, you can either live in two universes (physical and mental) or three universe (physical, mental and spiritual. All three universes have different yerdsticks with which to measure reality. It would be a mistake to think you can use the same measurements to measure visible reality as you do to identify invisible reality.

Every so often, more common in geological time than you might think, the North and South poles reverse. Down is up and up becomes down. I believe that is what happened with the coming of Christ, but with three universes, not two. It occurred to me that the same thing might happen in the spiritual universe. This universe interfaced with the physical one at the moment of creation and with the mental one when Adam and Eve, our progenitors, first knew that they knew.

In my book, The Woman Who Changed Time: Spirituality and Time, I talk how Mary changed time itself (spiritual time, Christos, not physical time, Kronos), when she resonded to God’s invitation, “Let it be.”  This was one of the times when the spiritual poles reserved themselves, and what was up became down. In other words, the gates of Heaven were opened by the unconditional sacrifice of the Son to the Father.

The spiritual universe has no beginning and no end. It is Heaven, the Garden of Eden before the Fall, and the Kingdom of Heaven after Jesus paid the price of redemption on the cross.  Redemption comes from a Hebrew word that means, go to the pawn shop and redeem that which you pawned. In this case, Jesus paid the price for Adam and Eve’s pawn ticket and got us out of debt.  The problem is, we all inherit the effects of original sin, i.e., we suffer, die, must work for our food, and have temptations to do what is evil, although we, ourselves, are not evil, just wounded.

Based on these assumptions, it comes to mind that there are three times that the spiritual universe turned upside down, up becoming down and down becoming up.

We are created in God’s image and likeness, so we are not intrinsically evil, but merely tempted to do evil.  With God’s energy, we chose our true self over our false self, but it is always a struggle. That is why, like St. Peter before us, we say we are disciples of the Master then turn right around and do evil in His sight.

The Effects of spiritual polar reversal are:

I have tried to apply my personal center, Philippians 2:5, to ideas like polar reversal and spirituality and time.  Forgive this broken-down, old Temple of the Holy Spirit for his musings.

That in all things, God be glorified. –St. Benedict